Sarcophagus and mummified remains of Padihershef

Padihershef lived in Thebes in the 7th century BCE, which puts him roughly halfway between our time and the time of the pyramids at Giza. In his era, it was not just pharaohs who were mummified, but anyone who could afford it, and it is believed that he was a stonemason. The city of Boston gave Padihershef and his sarcophagus to the hospital in 1823, and the trustees accepted the gift as “an appropriate ornament of the operating room” but also with the intention of exhibiting the mummy for a fee to raise funds for the hospital, which they did. 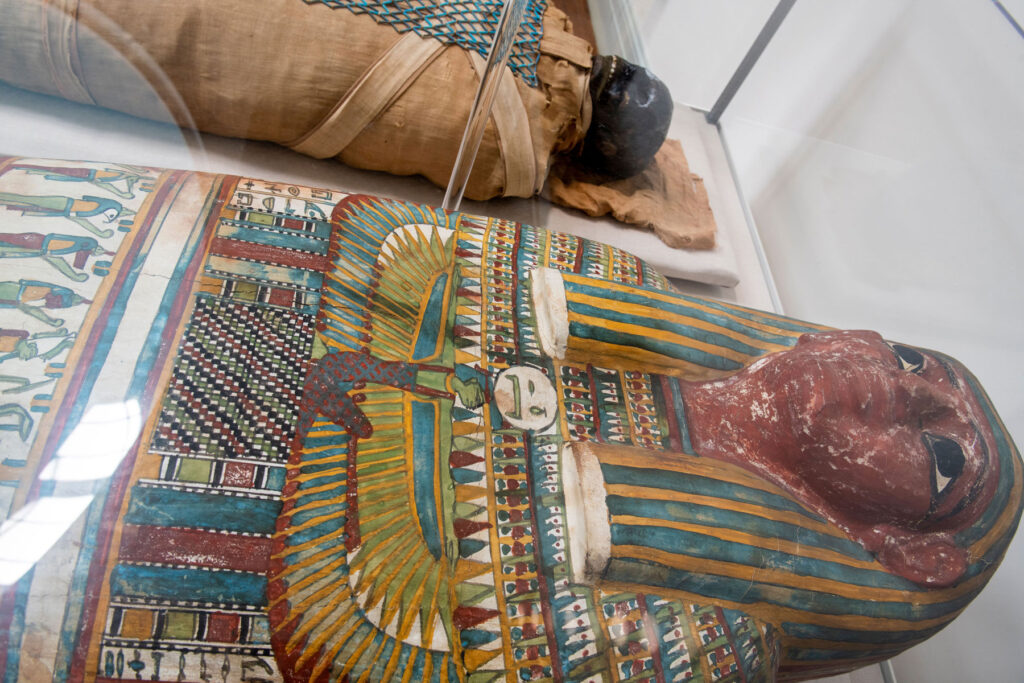