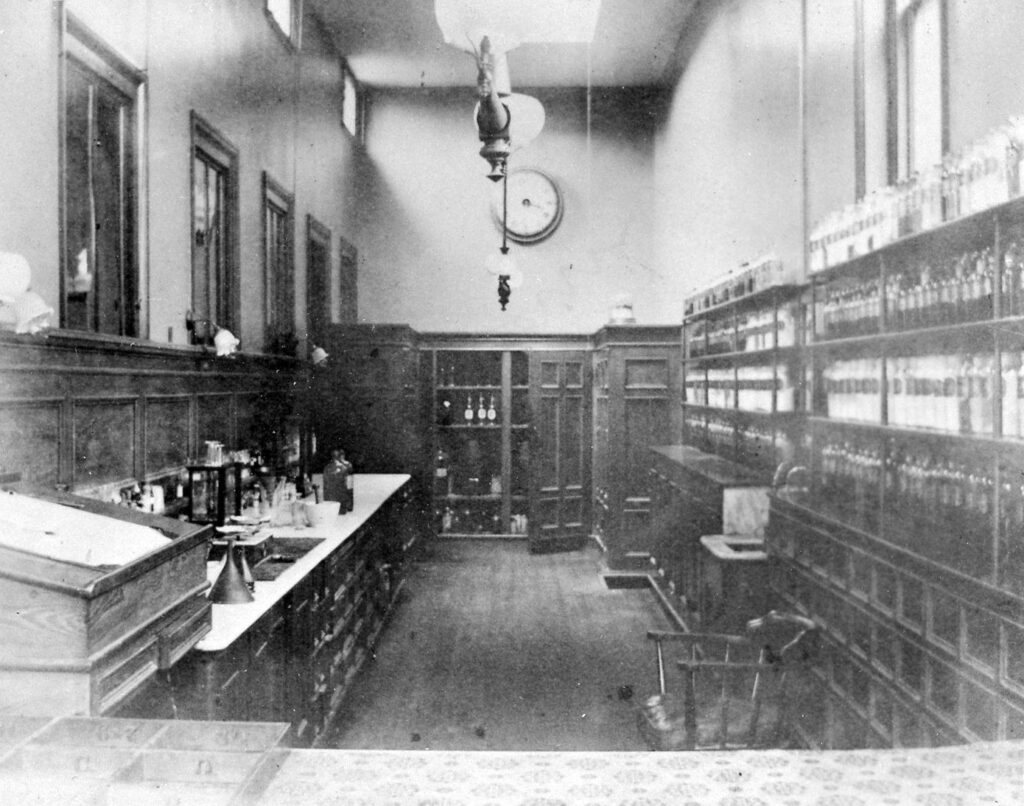 “As apothecary, librarian, photographer, and radiologist, he was, as Kipling put it, ‘sort of a bloomin’ cosmopolouse – soldier an’ sailor too.’”

The apothecary (what we would now refer to as a pharmacist) was an important figure at the MGH since the beginning. In 1811, the first rules of the MGH decreed that the apothecary was to serve as “ex officio Secretary of the Corporation and of the Board of Trustees and Librarian and Cabinet Keeper of the Hospital,” as well as Medical House Officer. By 1822, he was also to keep all of the hospital’s records and care for emergency cases in the absence of the Acting Physician and Surgeon. By the 1850s he was relieved of the role of librarian but took on the role of hospital photographer, which in 1896 expanded to include the taking of X-rays. All of this in addition to the standard duties of purchasing, compounding, administering, and maintaining medicines and surgical instruments, along with other duties as assigned.