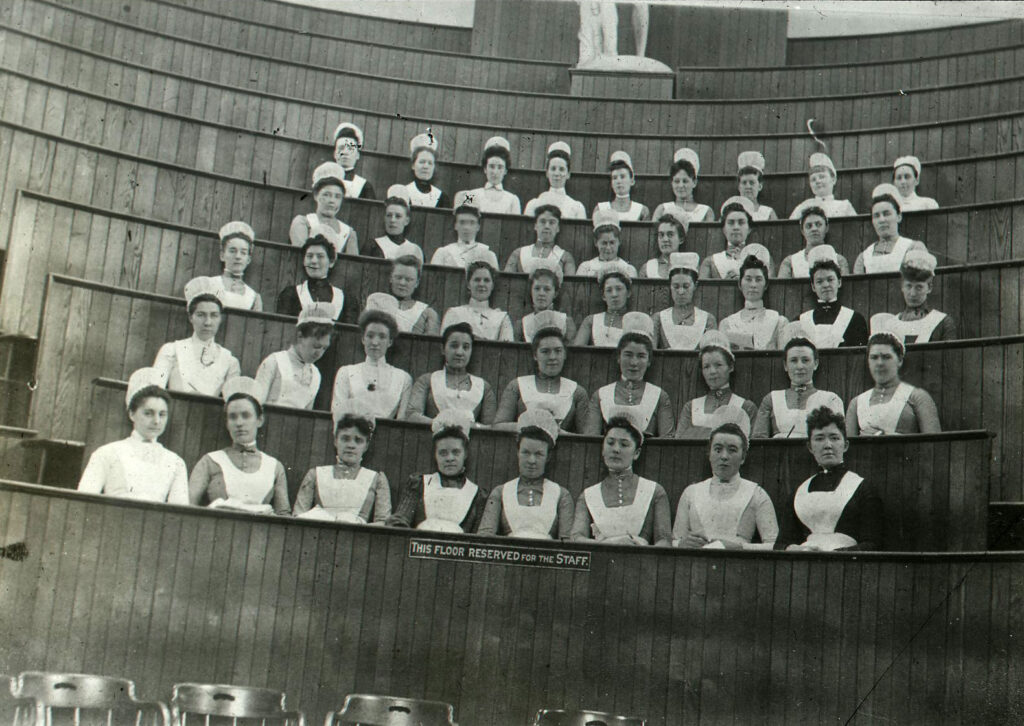 The old nurses’ dining room in a nurse’s words

I really thought … time had turned backward. [The nurses’ dining room] was a dark, dingy room, with a brick floor that looked as if it had seen much service. On one side was an empty fireplace, a large unused brick oven with the usual accessories, and various other reminders of by-gone days. The tables, running the whole length of the table, were spread for dinner… Beside each plate was a pewter tumbler, which greatly heightened the effect which the last century appearance of the room had already made on me. This room was originally used as a kitchen, and with very few changes had been made to suit its present purpose. The food was of the plainest, but fairly good.

A group of MGH nurses in the 1890s, around the time Sturtevant wrote her reflections on her experiences 30 years earlier

PrevResearch at MGH
Site of Ward 4 laboratories, 1924Next